How I quit weekend binging.

In my former years, eating whatever I wanted on the weekends was a no-brainer, especially back in the day when I was reading every diet book under the sun and convincing myself that eating Cheese-Wiz and candy bars were completely acceptable come Saturday since I “ate clean” M-F. 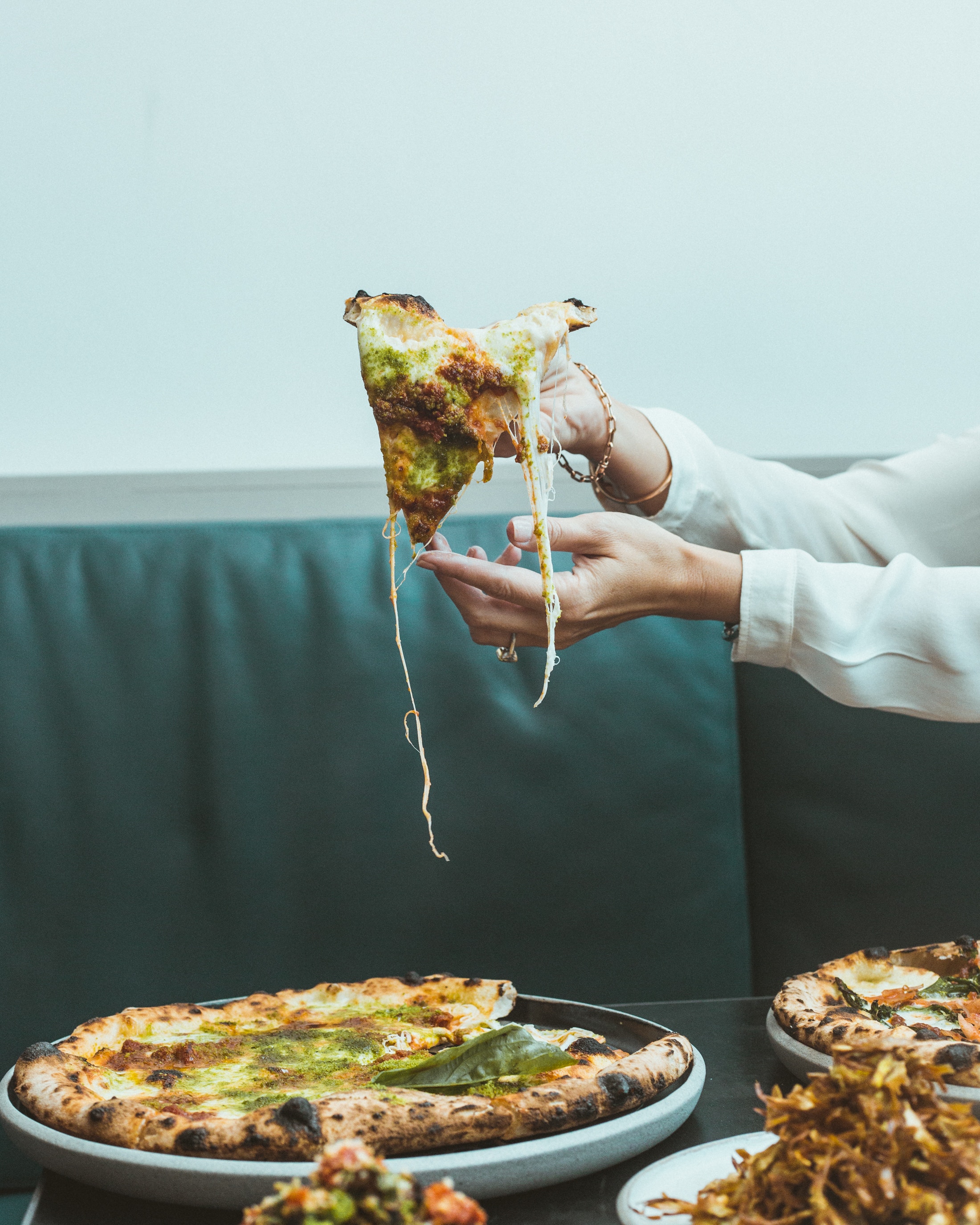 I’d warranted my binges because they felt justified, acceptable and earned, especially after white-knuckling my way through the week surviving off the dried chicken and steamed broccoli.

But the interesting thing was, I knew what I was doing was not the most healthy approach but because I read this was the way to drop pounds and hit my goal weight I trudged ahead ate like this for years.

I often felt out of control on the weekends.

Alcohol was provided with an endless supply, pizza was ordered by the dozen and treats post meal were a given.  BUT-come Monday it was ON.  I trained myself to go back to the chicken and broccoli once again with resistance but with the determination to remove the bloat and pounds I gained over the weekend binge fest.

IT WAS EXHAUSTING AND MISERABLE.

I remember this story like it was yesterday and I actually posted this on my IG yesterday, you can read it HERE if you wish.  I had just wrapped a fitness show and was desperately trying to keep my unattainable physique after the fact when some of my friends wanted to grab some pizza.  I obliged and followed in tow so I didn’t look like a lame person who wanted to sit at home all the time.

We arrived, everyone ordered pizza, laughed over the conversation and carried on with their humorous jokes while I sat there eating my chicken and salad with no dressing.  I remember feeling like shit and felt so alone and wondering why I had such a hard time with food.  I desperately wanted to eat the pizza with effortless ease like they did but I just couldn’t break the mental mind F*** and just do it.

It really came down to the need for control.

After dinner, I went home solo and still felt really hungry and instead of eating something more substantial or choosing to eat the pizza to begin with, I ate an apple, then peanut butter, then cereal and then I finally called Papa John’s delivery and ordered the largest pizza they had.

I devoured every morsel to the point where I was sick, bloated and nauseous.  I vouched to myself I would never do this again.  I remember that feeling and for the first time, I thought to myself, “What on earth am I doing, because clearly whatever I’m doing is not working in my favor.”

I slowly began to change my habits and decided to implement new and healthy ones to get me going in the right direction.  Nothing happened overnight but I chose to allow myself to get uncomfortable and here’s what I did to break the cycle:

This was probably the first step I took that made a significant impact on my emotional and mental well-being when it came to my food behaviors.  I no longer felt that I had to binge and eat every cookie, chip and mac and cheese in sight because I told myself I would be able to have it again at any time I wanted.  I didn’t devote a specific day to eating whatever I wanted, rather I started implementing more “forbidden” foods into my weekly eating regime.  For instance, instead of waiting until Saturday to have Mexican food, I would go and allow myself to eat it Wednesday.  No rules, no FOMO that I was missing out, just mindfulness and a constant reminder that I could have this food at any time I wished.

I began to realize the food had less power over me and it wasn’t going to get up and walk off the plate, I could have it at any time I desired.

The first few times I engaged in this new way of thinking, it was hard, I still felt the need to overeat and at times I still did because I still felt that scarcity around food.  However, over time, I began to trust myself and change my thoughts and behaviors around the way I was viewing “cheat days.” and this is exactly why I loathe them.  I think they keep us stuck and powerless.

2.  I took organic ownership of my choices and decisions with food.

I stopped blaming.  I quit thinking it’s everyone else’s fault that I’m choosing to eat with abandon.  I stopped with the excuses that I could eat that way because I didn’t have the time to cook on the weekends and everyone else was doing it too.  I also owned up to the fact that I was the one who ultimately chose to make the decision to eat this way.  It was who was choosing to put that food in my mouth, it was my choice to eat the way I was and binge on specific days and it was me who ultimately bought into others’ viewpoints and tactics on how I was supposed to eat.  I never owned up to my decisions and behaviors, the blame constantly stuck with someone or something else.  I decided it was up to me to own my own choices, no one else because who else was going to change it other than myself?  Once I started to own my choices, I felt more empowered, confident and happy because I was taking the ownership of my own problem and not blame-shifting on another.

3.  I quit trying to do it “perfectly” and opted for “good enough.”

After a while I got sick of measuring, counting, perfecting every single morsel that I put in my mouth.  I got tired of counting raisins to put in my 1/3 cup oatmeal, I was burned out divvying up almonds to pair with my afternoon apple.  I stopped trying to control and perfect, rather I did it “good enough” and that was okay.  Plus, I can’t even begin to tell you the amount of weight that was taken off my shoulders when I finally let go of trying to do food “perfectly”, I felt a sense of freedom and excitement that I no longer felt prison to my own food.

I do remember feeling fear at first because I could finally walk into the grocery store and not feel the relenting pull to grab my safe foods but to see what else there was to eat.  I remember buying so much food in the beginning because I felt so liberated and then after a month or so, I reeled it back in and found the balance of being “good enough” and it felt amazing.  I wasn’t stressed, anxious, worried or paranoid when I went out to eat nor was I afraid I was going to miss out.

I know you might be thinking, well, if I let myself go without counting or micro-managing my food then I’ll get fat and lazy.  No way.  That’s just your fear talking to you.  You’re much more in control of this then you think you are.  Again, this doesn’t have to be all or nothing, it’s about finding that balance of your food being “good enough” and everything evens out, I promise.  🙂

For more info on food, fitness, and mindset, make sure to join my FREE weekly email list at www.kimschaper.com!